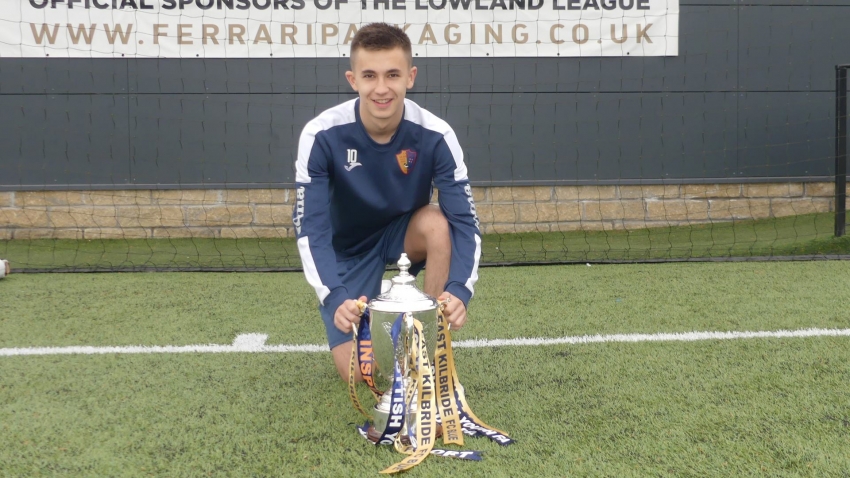 Ross Smith, part of our 2001 Blue's squad has signed for SPFL club Queens Park after a recent trial spell.

Left-sided player Ross shot to prominence as a vital part of the Kilby U-17 side which won the SYFA Scottish Cup in May this year, and his impressive displays at U-19 level put him on the radar of the Hampden outfit.

Team coach Craig Young commented "Everyone at the club would like to wish Ross the very best of luck at Queens, he has been very highly regarded by all during his time at K-Park, and we have no doubt he can excell at Hampden. This move, shortly after young Edin Lynch signed for Kilmarnock shows that our club s a great place for young players to develop."