U-20 Boost as Blair Richardson joins from Ayr Utd 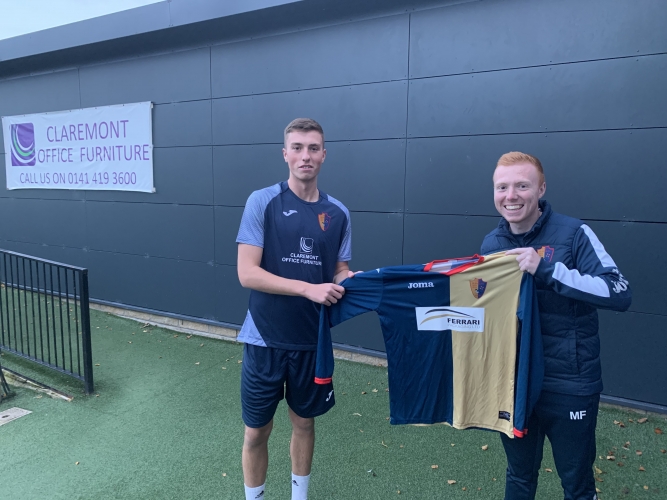 The 18-year old stopper played against Kilby Reserves in last season's SPFL Reserve League 2, and also enjoyed loan spells at Lugar Boswell and Irvine Victoria before the season was curtailed in March.

Speaking at his delighted at adding Blair to his talented group, U-20 Head Coach Martin Fellowes told us, "It's great to add a player of Blair's quality and experience to the group, he has had an excellent grounding with Ayr and we are really looking forward to him continuing his development at K-Park."

With no SPFL Reserve League's in season 20/21, the U-20 Development group will now sit directly below the K-Park 1st team in our pathway, with matches in the forthcoming U-20 Scottish Lowlands Development League scheduled for Friday nights.

Many of the existing squad have enjoyed several years of success in the SYFA, and coach Fellowes is excited at the prospect of the step up to the U-20 League, adding, "I'm really looking forward to the season ahead with this squad, many of whom have achieved a lot over the years, and we have been able to add some new players along the way, so I cannot wait to get started for real."

More details of the U-20 season will follow in due course, as the Development League officials work on plans for a safe and consistent re-start.