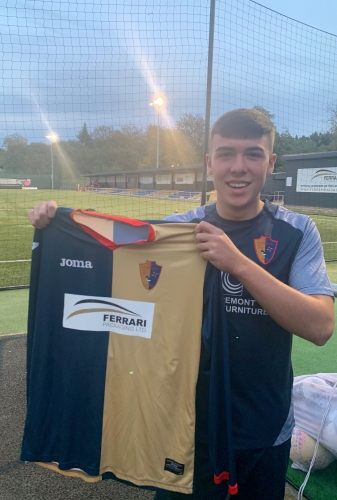 Sam, who is the cousin of East Kilbride 1st team player Paul Woods, is the latest addition to Martin Fellowes' squad ahead of the 20/21 U-20 Lowlands Development League campaign.

McNee won the SPFL Reserve League 2 Challenge Cup with Airdrie FC in season 2019/20, and spent the second half of the campaign on loan at Maryhill FC juniors, playing under former EK Assistant Manager, Ross Wilson.

Kilby U-20 Manager Fellowes told the club website," It's great to have Sam on board as we prepare for the new season, he's a player that we have been keen to add all summer and his ability and experience will bring a lot to the team in the forward area's"

Sam is pictured below with with U-20 Sports & Nutrition Coach and team sponsor, Kyle Brown of KB Fitness at Fergus Fit. 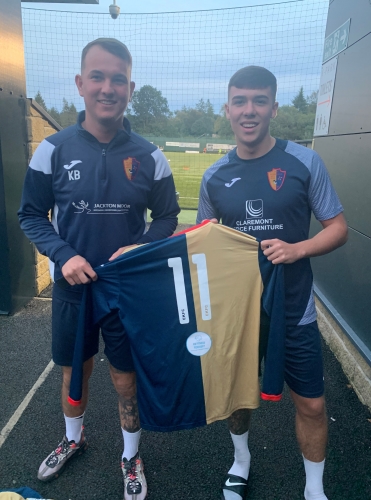 Sam is pictured with with U-20 Sports & Nutrition Coach and team sponsor, Kyle Brown of KB Fitness at Fergus Fit.