East Kilbride FC's Reserves are again more than justifying their place amongst the senior teams in SPFL Reserve League 2, as Kilby enjoy their third season in SPFL competition.

The team, Managed by Rudi McKenna and assisted by Clark Burrell, have won all of their home league matches, and drawn away at Albion Rovers in an impressive start which sees them in mid-table at the half-way stage. (table link below)

A strong Challenge Cup section campaign also saw the Kilby young-guns fall just short in a mini section including Airdrie, Queens Park, Albion Rovers and Ayr Utd, with McKenna's men unfortunate to miss out a spot in the final after some excellent displays in the group.

These performances have not gone un-noticed, with Stephen Docherty, 17-year old Greg Stewart, and top scorer Dylan Henry all making 1st team debuts in October, after some excellent individual showings in the Reserve side against tough senior opponents. Reserve Goalkeeper Lewis Sanderson has also regularly featured on the 1st team bench since the summer.

There have also been promotions to the Reserve side, as part of the Kilby youth pathway, with Dylan Collins, Dylan Orr, Ross Taylor and Ciaran Mcaninch all stepping up from the club's high-flying U-19 side, much to the delight of U-19 coaches Martin Fellowes and Peter Donnelly, who's SYFA Central League side are in the last 16 of the U-19 Scottish Cup. 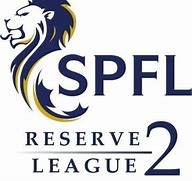