Kilby took the lead midway through the first half, when Liam Craig burst into the box, but was wiped out. However, the referee played a good advantage and Jay McInally pounced to slide the ball home to give EK a well deserved lead at the break.

Despite a dominant second half, Kilby did not kill the game off until the 83rd minute, and it was Craig (pictured) who kept his composure to fire home from the penalty spot after Kyle Banner had saved with his hand on the goal-line, resulting in a straight red card for the Stirling defender.

Next up for the Reserves is a home match against Airdrieonians in the Reserve League Cup next Tuesday at K-Park. 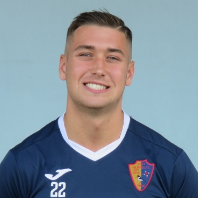