New signing Humphrey delighted to be at K-Park 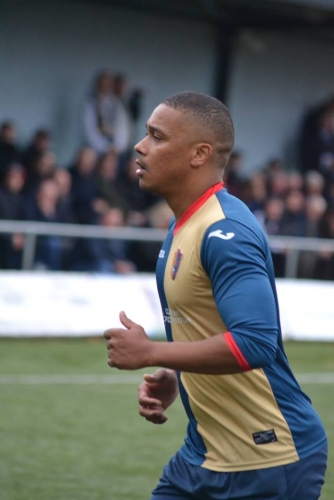 Chris Humphrey has re-found his love for the game thanks to East Kilbride.

The former Motherwell winger joined the club last week in time to make his debut in the 3-1 win over Spartans in the Scottish Cup on Saturday.

Drafted immediately into the starting line-up, Humphrey disclosed his 'buzz' at beingable to get back playing.

Speaking after Saturdays game he said: "I'm really looking forward to this season. I've got the buzz back which I lost at my previous clubs, but after playing that game and training on Thursday I've got that love back and that buzz.

"I've got the hunger to get fit again. I didn't have that that's why I called it a day.That desire to work hard and get fit is here now and I'm really looking forward to the rest of the season.

"It was my first game in four months and was shattered! The legs are a bit stiff, but I thought I got through more than I could have hoped. I didn't expect to start but I took it in my stride and I'm looking forward to getting back in the gym and getting myself fitter and hopefully game by game I will improve."

Struggling with a shin injury in the later stages of his career, Humphrey decided to quit playing prior to singing on at K-Park.

However, Chris was keen to listen when the call from EK came.

"East Kilbride offered me the opportunity when I put my retirement out last week. I can't do the everyday training and my shin can't take the impact of everyday training, that's why I called it a day.

"But EK have come along and offered me to train on a Thursday and play on a Saturday. That gives enough time for my shin to heal and I won't be in as much pain as a was before.

"That's obviously a massive appeal to me and they were the only club who came in and offered me that. I was delighted to get back playing again."

The formerJamaican internationalist added that he feels he is settling in well to the side and appreciates the effort being made at all levels of the club to makehim feel welcome.

"Everything's really good and I've been at bigger clubs than this and the set up here is on a par with them. I didn't expect it to be like that and there is a board that clearly want to move the club forward which always helps.

"The lads are all spot on, it's like I've known them all season they have really welcomed me. They have been excellent, and the banter is flowing already and that always makes it easier

"I am excited to see what we can do this season and I will give my all to try and help the club meet the ambitions and objectives."