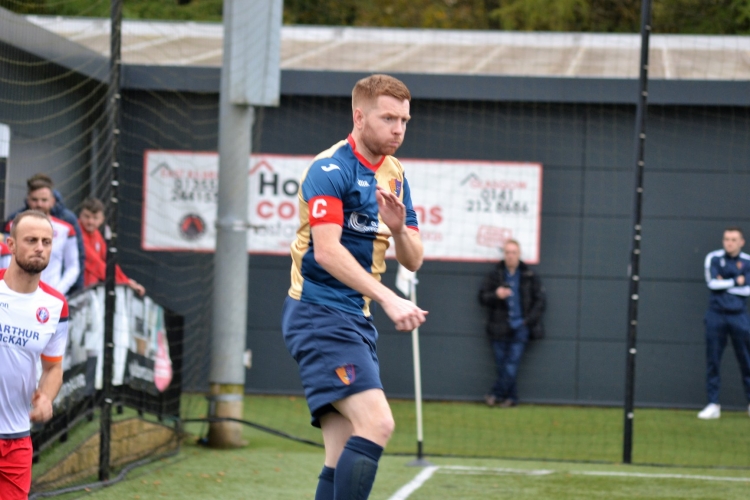 Stuart Malcolm has praised his sides performance following their 3-1 victory over Spartans in the Scottish Cup.

EK will now face Gala Fairydean Rovers in Round 3 at K-Park after coming from behind to defeat Spartans on Saturday.

Malcolm said: "I am delighted with the performance. We had a shaky first 10 minutes or so but then we began to build into the game.
"Over the course I think we deserved to win, albeit they are very good side and we had to defend well at times.

We have a squad of great players but we just had to be patient in the final third and I think we got what we deserved in the second half."

EK started the game on the back foot conceding an early goal from a set piece. Failure to clear a corner led to Spartans Adam Corbett firing home from close range and putting his side in the driving seat.

A fairly even first half eventually saw the away side broken down through Craig Malcolm. Some determined play on the left hand side from Woods found Malcolm who managed to work his shot through the melee and levelled the scoring five minutes before half time.

Some early chances from EK in the second half paid off when Malcolm grabbed his second of the game. An excellent floated free kick from BJ Coll was tipped on to the bar but the club captain was there to capitalise on the rebound and fire his side into the lead for the first time in the game.

Ten minutes later an EK had made it three. Some quick play on the right hand side saw Woods square a floated ball to Sean Winter who made no mistake in first controlling, and then firing into the bottom corner.

The home side continued to battle for the rest of the game limiting Spartans to very few chances and firmly deserved the victory.

Looking ahead, Malcolm is taking each day as it comes and his squad look ahead to next week against Civil Service Strollers.

He added: "This was my first time stepping up as a manager and I feel the boys gave everything. We have a big game next week and now preparations start for that. If we can get that kind of effort then and that kind of quality then we will be tough to beat."