January duo looking forward to starting for real in 20/21 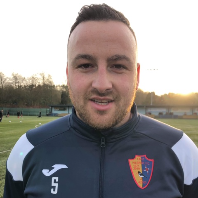 EK duo Ricky Miller and Daryl Healy are looking forward to a return to football when Kilby resume training in a few weeks, ahead of the 20/21 season.

Central defender Ricky and striker Healy arrived at K-Park in a new-year swoop, both joining from Berwick on 18-months deals in January of this year.

But just as the pair were starting to familiarise themselves with their new surroundings, the 2019/20 season was prematurely cut-short by the COVID-19 pandemic.

Ricky turned in an highly-impressive man of the match performance in the 4-0 Lowland League win over BSC at K-Park in February and followed it up a week later with a goal in the 2-2 draw away to Edinburgh University, before the season was curtailed on 13th March.

Ricky told the club website, " I am really looking forward to a fresh start at K-Park when we come back. I was cup-tied for a few of the competitions when I joined in January and that made my progress a bit stop-start which was frustrating, but now I have the chance of a clean slate"
The big defender also spoke of his delight at again linking up with some of his team mates from last season along with a host of high profile summer signings, commenting, "The lads that have remained from last season and the new players added so far make the squad look pretty strong, and with the new Manager and these players coming in I am certain that the standard of everything we do will continue to rise, so I can't wait to get involved."

A Painter & Decorator by day, Ricky has been making the most of any lockdown downtime by enlisting the help of a personal trainer as he seeks to gain peak fitness ahead of the restart, adding, " I am really focused on working at my fitness levels before we start back and I am doing some hard sessions with my trainer twice a week, as well as some small group sessions in line with the COVID regulations, as I really want to give myself the best chance that I can to show what I can do and ultimately help East Kilbride achieve the promotion ambitions."

Daryl Healy was in impressive form from his Kilby debut in January, in which his front play was instrumental in helping deliver a thumping 7-0 victory over Cumbernauld Colts.

Desperate to get back on the field and back amongst the goals, the big striker told us, "I am absolutely raring to get back and make a real fresh start, as there was little of real significance to play for after we exited the Scottish Cup in January and the permanent Manager hadn't been confirmed at that stage also, so there was a bit of uncertainty."

When asked of his thoughts on the summer recruitment so far, Daryl added, "The club made a big statement in appointing the Manager and his backroom team, and I am really looking forward to working with and learning from these guys along with some of the really high quality players that have been signed."

The 6ft 3in front-man has been working from home in his job with Standard Life during lockdown, but has also been pounding the streets and keeping in shape in his home gym, hoping to make a big impact when the campaign gets underway, commenting. "I hope that by keeping my fitness up before we start back, I can literally hit the ground running. Personally my ambitions for the season are to play as many games as possible, score plenty of goals and help the team and club achieve a strong title challenge. Then we can hopefully have a play-off to look forward to, but I know the League will be tougher than ever with a high standard of opposition facing us" 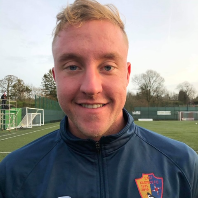