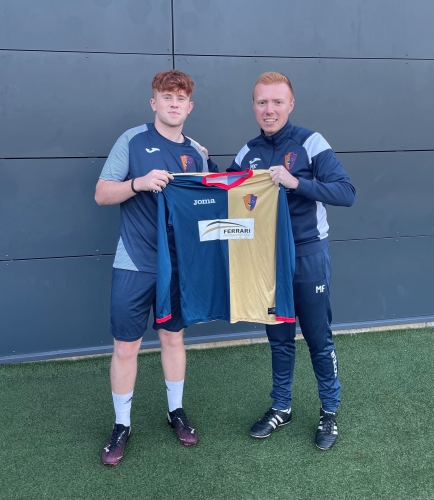 The 17-year old midfielder, who has been training with Martin Fellowes' Development squad during July, had strongly impressed during recent friendly matches. Caffrey was also key player in Friday night's 3-1 victory over East Fife U-20's at Bayview, on Match-day 1 of the Lowlands Development League, Conference A, where he played as a trialist.

Development Coach Fellowes was delighted to add the busy midfielder to his group, commenting, "I am really happy to formally have Andy on board, he has been really impressive in everything that he has done since he came to K-Park earlier in the summer, and it's great to have recruited a young player of his calibre."

It was a busy weekend for Andy, who was also called up to the 1st team bench on Saturday after his impressive showing on Friday night, and Caffrey and his team mates will be looking to take another SPFL scalp this Friday at K-Park, when Kelty Hearts arrive on League duty on Match-day 2 of the SLDFL.

Kick-off is 8pm, and entry to the match is free, with attendees asked to adhere to social distancing measures and COViD safety protocols.