A stoppage time strike from Jamie Longworth on Saturday set up East Kilbride with a William Hill Scottish cup 4th Round tie against either Inverness Caledonian Thistle or Edinburgh City, after a tense 1-0 win over Gala Fairydean Rovers.

Jamma replaced Chris Humphrey twenty minutes from time and turned out to be the difference in a tie that swung from end to end.

Kilby twice went close in the first half, through BJ Coll and Anton Brady, but were denied by fine goalkeeping on each occasion by Gala keeper Patrick Martin to keep the game goal-less at half time.

The second half saw more from the dangerous visitors, who came closest through a Sean McKirdy strike that flashed just past the post with Matt McGinley scrambling.

But just when it looked like a replay at Galabank was going to be the outcome, substitute Longworth spun on the edge of the box before despatching a low shot past Martin into the bottom corner to send K-Park wild and send EK into Round 4.

Stuart Malcolm and his men will need to wait another week to find out their opponents, after League 2 side Edinburgh City netted a late equaliser over Championship Inverness CT to draw 1-1, and a replay will now decide who EK will face on 19th January. 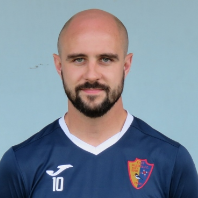