The winger, who made 132 appearances for the 'Well between 2009 and 2013 has put pen to paper at K-Park, and could make his debut in today's William Hill Scottish Cup R2 tie at K-Park against Spartans

Humphrey also enjoyed a three year spell with Preston North End, between 2013 and 2016, in the English Championship and League 1.

Interim Kilby Manager Stuart Malcolm told eastkilbridefootballclub.co.uk, "Chris has been training with the squad, and has looked very sharp. It's deal that club have been working on for a week or two, and Chris is a player that we feel can significantly improve our options with his quality and experience. We are delighted to complete the deal, and he could well have a part to play against Spartans." 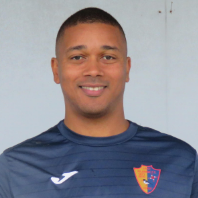