East Kilbride FC take on Cumbernauld Colts in the Geosonic Lowland League on Saturday, knowing that a victory will secure the 2018/19 League title.

A tough test is expected from the impressive Colts, who are always found in the top area of the League come the business end of the season.

With no SPFL Premiership or Championship fixtures on Saturday, Scortland playing on Sunday, and with fair weather forecast, its a great chance for the town to come along and get behind the team.

Admission is cash-only pay at the gate, and is £6 for adults and £3 concessions.

One U-12 can be admitted free of charge per each paying adult.

Match programmes will be on sale at £2, with 50/50 tickets also available. 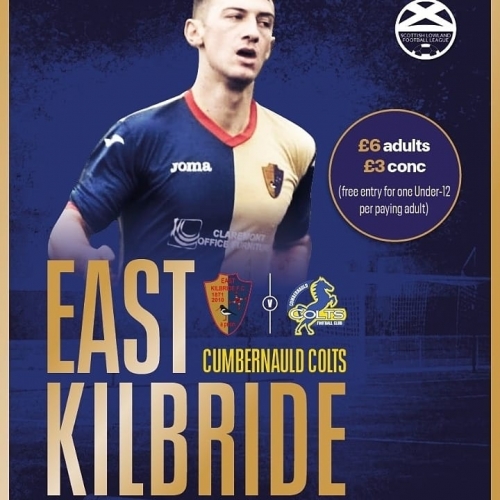