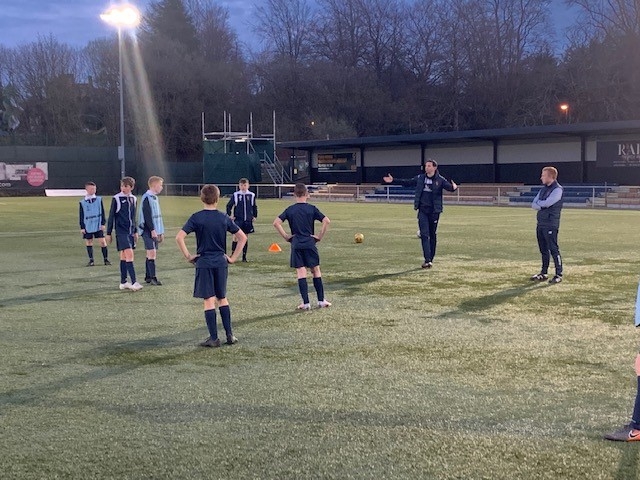 Steven Saunders directing a session along with Martin Fellowes

With the recent easing of COViD restrictions seeing some form of normality returning to K-Park, U-20 Development Head Coach Martin Fellowes last week oversaw the first of several planned coach "in-service" events, as part of a strategy to improve club unity through greater engagement and collaboration with all teams.

2007 Golds Coach Brian Mail brought his team to K-Park to take part in the session, delivered by Martin along with 1st team player & U-20 Coach, Steven Saunders, Goalkeeping Coach Mick McCloy, and U-20 Goalkeeper Dylan Orr.

Club Secretary, Dave McKenna, who has been developing the re-engagement strategy was delighted to see coaches of several teams attend on a socially-distant basis, commenting,

"Due to our long-term club ambitions at senior level, the club has naturally been very focused and busy with our adult section in recent years, but the last 12-months has given plenty of time to think about how we "reboot" and re-engage with our younger age groups and grassroots teams, to help everyone feel part of the club, and engender a greater sense of ownership and belonging . This pilot "In-Service" event which Martin and the Development Coaches delivered was the first step and I hope demonstrates a commitment to the whole club moving forward"

Fellowes was delighted with the response to the concept, which saw nine other club coaches attend to take in the session at close quarters, and receive coaching and sports science resources, adding:

"We had a good initial response to Dave's strategy which allowed us to create the session, and it was terrific to get to work with our highly talented 2007's and bring together the coaches of different age-groups at the same time. I am really keen to help develop a process which encourages greater collaboration between all sections of the club, where ideas and resources can be shared for the benefit of everyone." 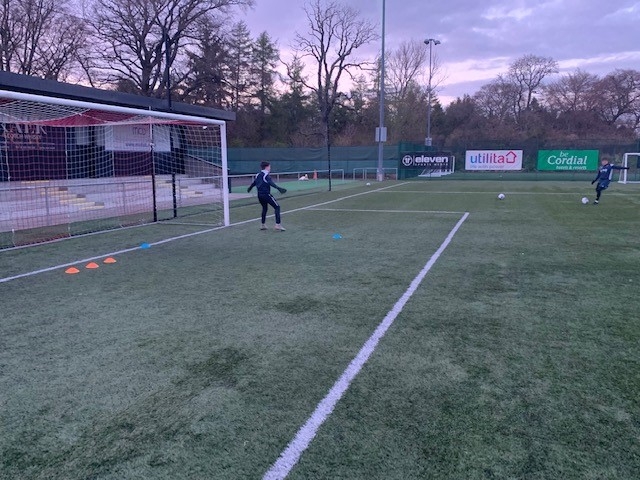 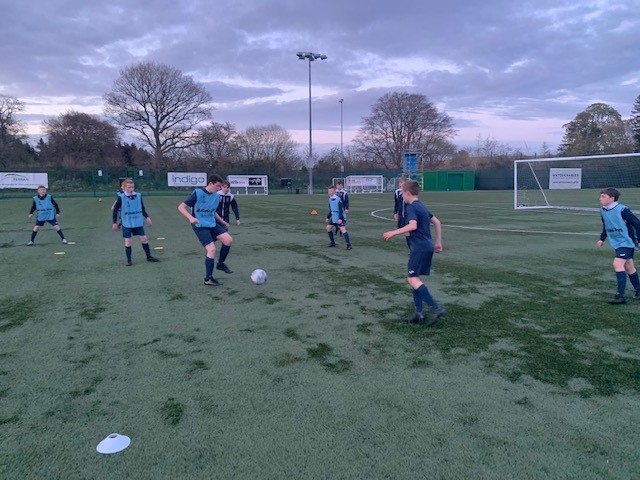 2007 players during a passing drill 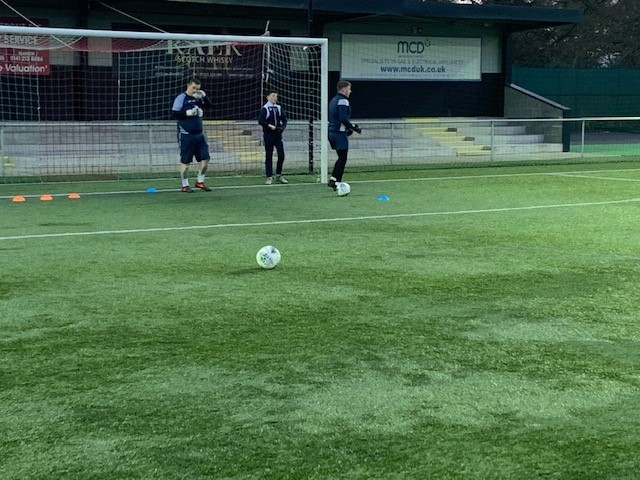 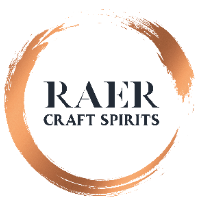