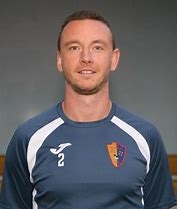 East Kilbride have completed the re-signing of defender David Proctor.

The experienced stopper left K-Park in the summer after a 2-year spell, taking up a player / coach at Airdrieonians, but left the North Lanarkshire club this week after the recent departaure of Manager Stephen Findlay.

Proctor, who made more than 50 appearances in his first spell at Kilby was part of the 2016/17 Lowland League winning side, and his return is a boost to the defensive options, after Barry Russell joined East Kilbride Thistle on a short-term loan this week.