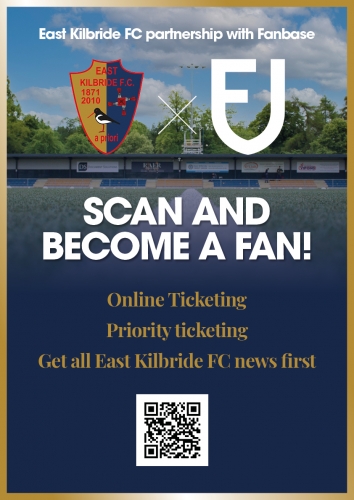 East Kilbride FC is delighted to have secured a partnership agreement with Fanbase which will hugely enhance our supporter engagement strategy and allow enhanced safety for all matches at K-Park, whilst making it easier for our supporters to attend.

With the new Football season now underway, it has been wonderful to see so many familiar and new faces at K-Park back enjoying watching the team again, after a difficult 18-months of restrictions.

We have trialed and tested one or two methods of accessing games at K-Park since supporters were allowed to return to matches, to safely plan and manage our capacity, as well as meeting all Scottish Government Test & Trace requirements.

With Test and Trace contact data being requiring to be provided at matches for the foreseeable future, the formal partnership with "Fanbase" will to allow us to continue to make accessing matches at K-Park quick and easy, whilst also proving us with the opportunity to engage with our supporters on a much more proactive basis moving forward. This is now our permanent and preferred method of access to K-Park for all matches.

As such, we would ask that all our supporters, new and existing, download and access the free Fanbase app at the link below, and purchase their match tickets in advance of each game.

Once downloaded, supporters will be able to access tickets quickly and keep up to date with all club news. This will take effect immediately and is available and live to purchase tickets for Saturday's home Lowland League match against Civil Service Strollers.

Supporters can also use their camera phone to scan the QR code below, which will open the East Kilbride landing page on the app, and which will take them straight to the tickets section of Fanbase, allowing quick sign up and login.

"Speaking of his delighted at partnering with the Club, Fanbase Co-founder, Alasdair Crawley commented, "East Kilbride have a huge opportunity with the foundations of a fantastic new sports team. Between the plans for a new 4000 seater stadium and a population of 80,000. This team have all the ingredients of a powerful new force in Scottish Football. It therefore gets us all really excited that they've opted to partner with Fanbase to boost their digital game."

It was a sentiment echoed by EK Club Official Graeme Mullin, who added, "The logistical issues presented by the recovery from the pandemic have really forced us to come up with a more digital offering to ensure that our supporters can access matches and receive club information in a quicker and slicker manner.

We looked at and tested a few options to help us become more digitally native, but the offering from Fanbase was by far the most appealing, as they are much more than simply a ticketing provider, Alasdair and his team are passionate about helping us improve our supporter engagement substantially to help us reach more people in the Town and beyond, and it is something that very much excites us." 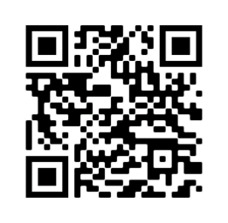