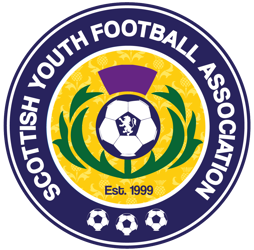 This communication has been sent on behalf of the SYFA Board to all member clubs; please ensure it is shared with your teams, staff and players. The purpose of this email is to provide a comprehensive update on some of the key matters arising as a result of the coronavirus pandemic.

Following extensive discussions,the SYFA Board has made the decision that no further league fixtures should beplayed as part of the 2019/2020 season, therefore drawing the 2019/2020 season to a close.The Coronavirus Joint Response Group's update, issued on the 9th April, advised that the suspension of all football in Scotland had been extended until at least the 10th June 2020. Should football activities recommence on this date, this leaves less than three weeks of the standard season remaining. There is no feasible way of squeezing training and fixtures into this small window. We must also remember that this date signifies a best case scenario, and there is still a strong possibility that it may get pushed further back.

The Board also considered extending the 2019/20 season beyond the summer, however this doesn't appear to be practicable. Not only would it raise issues with registrations and insurance, it would also result in problematic scheduling matters from a league perspective, in trying to hurry through one season (with a recommencement date still unknown), only to immediately restart the next. There is also the substantial likelihood that players may face an unnecessary overload of games at the beginning of the new season which would go against child wellbeing and player development best practice. Football under the SYFA's jurisdiction is age-specific, and each age level brings changes and challenges in terms of both development and match duration. We all must accept that the 2019/2020 season has been unexpectedly and irrefutably disrupted due to the current circumstances, however, by ending fixtures now, we stand the best chance of restarting the 2020/2021 with as little delay or disruption as possible.

It is at each league's discretion how they choose to calculate final placings, and we would expect teams to give their full support and patience as their league works through this. Referring back to the matter of the 2020/2021 season, I am pleased to inform you that league, club and team registrations will open in early May.We are finalising matters with the IT department and hope to announce the specific date on which the window will open in the coming days.

We would stress that membersshould only register if the relevant club and / or team secretary is already ina position to execute the task from home. Under no circumstances shouldofficials be meeting up in order to prepare for their membership application.Teams unable to register at this stage will not be disadvantaged however thosethat are able to register will be assisting their fellow members in doing so.

Opening early helps to prevent an unmanageable number of applications being submitted within a very short spaceof time, which would likely be the case if we held-off opening registrations until an official restart date had been confirmed. This could lead to further delay and, ultimately prevent teams getting back to games at the earliest possible opportunity. It also allows leagues and clubs who are in a position todo so, to complete the administrative side of things well in advance, ensuring football itself can be their key priority down the line. Full details of the registration process, including player registrations, will be confirmed once finalised with both the IT and Registrations departments at the Scottish FA.

Rule 84 of the Supplementary andPlaying Rules allows for special permission to be granted to complete unfinished cup ties:

Exceptionally, in the case of unfinished Cup Competitions, special permission may be granted by the SYFA for delayed Cup ties to be played on or after 1 August in the following season. Only players who were eligible to play for the teams involved in a delayed Cup tie at 15 June in the preceding season may play in such Cup tie for which special permission has been granted.

There is a strong possibility that even if we can resume activities in June, league cup competitions will not be completed due to time and facility restrictions. Again we expect teams tofully support their league in whatever decision is reached.

If football has not resumed before August, 2019/2020 cup competitions, including the inspiresport SYFA cup,will not be completed.

Extensive work has also been carried out in relation to the AGM which is due to take place in June. We have still to receive further clarification from our legal advisors regarding the meeting itself, and will provide you all with a further update on this in due course.

Rule 11 of the Supplementary and Playing rules outlines the process for members to submit resolutions for theAGM:

Given the current situation, the Board has temporarily amended this rule. As we do not currently have access to our Hampden office, resolutions must be submitted via email to the National Secretary.