Kilby keeper Matt McGinley has joined the small band of K-Park "Centurions" after the EK stopper made his 100th EK appearance in Saturday's 2-0 over Edupost Academy.

Having served under four Kilby Managers since joining EastKilbride in 2015, Matt has had many memorable moments in the EK goal and hasbecome a popular figure at K-Park.

The PE teacher, who has played for BSC Glasgow and AlbionRovers made his Kilby debut in August 2015 in a 2-1 win over BSC Glasgow.

An impressive season followed, with the undoubted highlightfor Matt a TV Man-of the match display in the 2-0 defeat to Celtic in R5 of theWilliam Hill Scottish Cup in February 2016.

Since then, Matt has gone on to win every available honourin the East of Scotland and Lowland League set-up, and his penalty save at homeagainst Cowdenbeath in the SPFL pyramid play-off in May 2017 gave the club agreat chance in the second leg, keeping the tie at 0-0.

Matt now joins Craig Howie, Sean Winter, BJ Coll, BarryRussell and Martin McBride in the elite 100 club, and earns huge congratulations from everyone at the club for doing so and is pictured here receiving his commemorative gift from East Kilbride Director of Football, Jim Mullin. 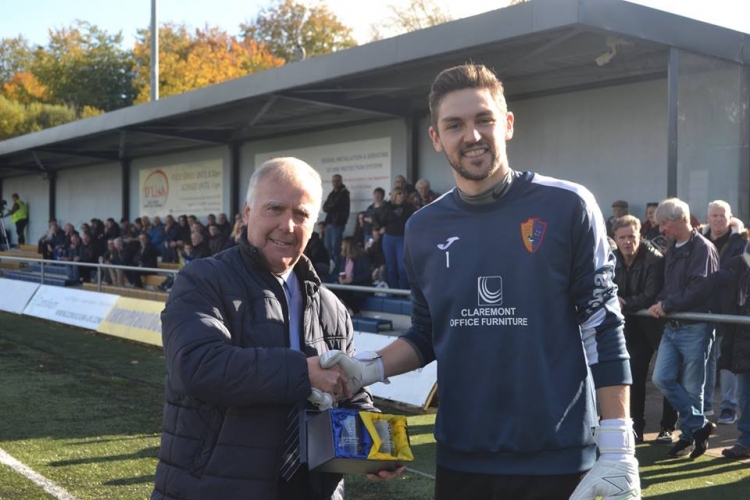