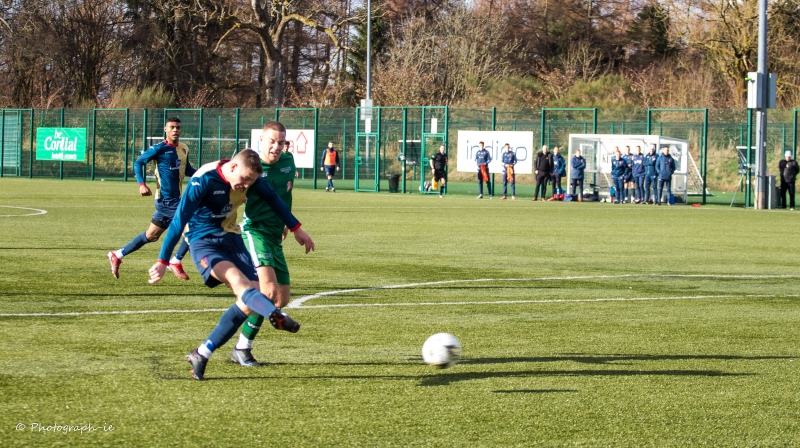 East Kilbride's first home game since the disappointing 0-0 draw against Vale of Leithen on 29th January, saw University of Stirling make the trip to K-Park.

The Kilby came into this fixture on good form, having won five away games in a row - scoring 19 goals on their travels.

The game started at a fast tempo, with both sides pushing the high press. Opportunities for Joao Victoria and Cammy Elliot fell within the first ten minutes, with both unlucky not to put the home side ahead.

University of Stirling retaliated on the 12th minute with an opportunity of their own. A slip by Kilby defender Aidan McDonald saw Stirling's Callum Rae through on goal, but opted to square it into the box, with Jamie Stevenson there to clear the ball from danger.

The fast and frantic start continued as East Kilbride found themselves in front on the 15th minute. The ball was hooked up the line, with Joao Victoria working well to flick it on to Cammy Elliot - who put it away with a smooth finish at the near post, 1-0.

Stirling Uni came close to equalising on the 21st minute, when James Stokes saw his curling effort from the edge of the 18-yard box go inches wide of the far post.

The referee would have a word with Kilby manager, Chris Aitken, when a strong shout for a foul was ignored when East Kilbride were on the attack.

The final action of the half came from a superb top corner bound 30-yard strike from University of Stirling. The attempt was matched, and bettered by Kilby 'keeper Connor Brennan, with a fingertip save onto the post.

The 54th minute saw Cammy Elliot get his second goal of the day, getting his head on the end of a cross from the right-hand side, 2-0 East Kilbride. 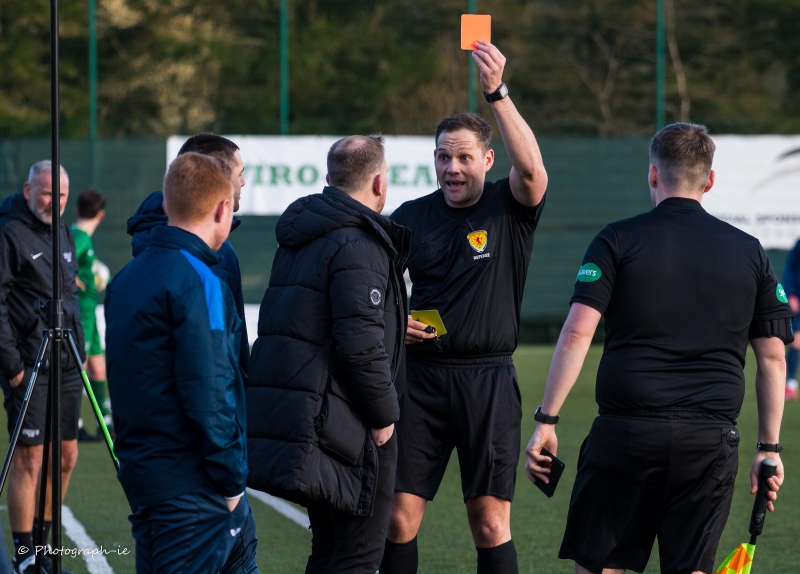 Joao Victoria went down in the box on the 56th minute, the referee would book Victoria for simulation as the player insisted, he was pushed in the back.

This would lead to the referee having another word with Kilby manager, Chris Aitken, who was also protesting the decision. With the referee unhappy with the managers demeanour, he would show the red card, leading to the manager taking a lonely walk round to the other side of the ground.

A few minutes later, University of Stirling were awarded a penalty for persistent shirt pulling. Conor Doan saw his penalty saved by Brennan, but he was unable to keep hold of the ball. Doan converted the rebound, 2-1 on the 62nd minute.

The last action of the game saw East Kilbride awarded a penalty on the 83rd minute, with Neil McLaughlin converting it into the bottom left, with no problems. 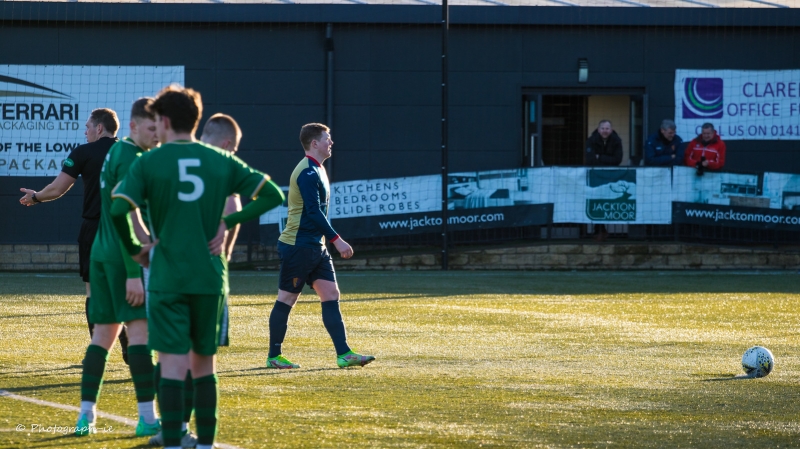 Neil McLaughlin steps up to covert the penalty, under the watchful eye of Manager Chris Aitken.